If you know me, you probably realize that I was around when the original Star Wars movies hit the theaters. Though I am not a big science fiction fan, the human conflict and relatable characters drew me in. I'm a fan. I love R2-D2, Luke, C3PO, and even the Wookie! (Honestly, I was hoping that The Force Awakens would revisit the Ewoks. I was sorely disappointed.) And of course, with technology being a huge part of my life, I am naturally drawn to Star Wars.

In the weeks since we returned to school from Christmas vacation, I have had some interesting conversations with students in the hallway about Star Wars. Everyone has an opinion about what happened between Return of the Jedi and The Force Awakens. We had a debate about the "Dark Side" and whether it is evil or wrong to identify with those in that camp. One student stated that an online test declared him 90% Jedi!

Has your family gone out to the theater to see the film? I have found two articles that might give you some ideas about how to turn the theater trip into a learning experience. The first is a blog post on Common Sense Media's website entitled, "5 Conversations to Have with Your Kids After Star Wars: Episode VII: The Force Awakens." They say that, "While The Force Awakens is more about action than introspection, there's plenty for families to talk about after the credits roll."

Plugged In, a website run by Focus on the Family, also has an interesting review of the movie which highlights the positive elements, spiritual content, and violent content, along with a conclusion which, among other things, states that the movie can, "be a starting point to talk about courage, friendship, faith and family." I definitely agree that the newest Star Wars installment has a lot to offer besides just its entertainment value.

Hopefully this was the blog you were looking for! 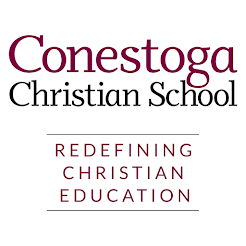